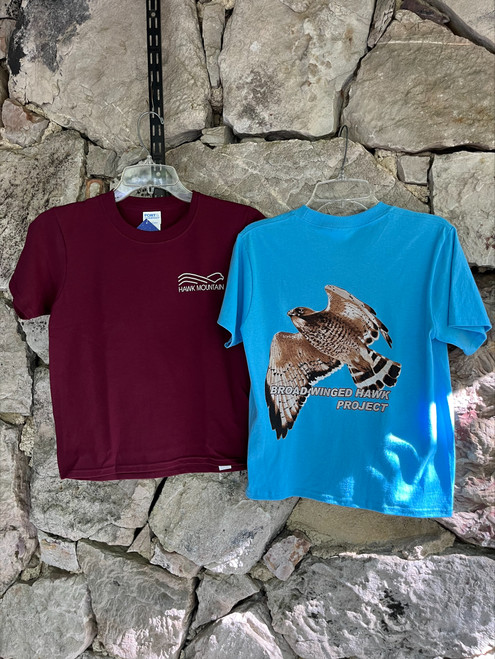 Support our Broad-winged Hawk project and raptor conservation with this youth BWHA tee!

In 2014, Hawk Mountain Sanctuary launced the Broad-winged Hawk Project. The broad-winged hawk nests in forests throughout eastern and central United States and southern Canada. It is designated a “Pennsylvania species of conservation concern” as its nesting distribution has declined by 16% since the 1980s. Regional declines have been noted in other northeastern states and on some migration counts.

Broad-winged hawks are one of the most abundant migrants observed at Hawk Mountain each autumn, as they concentrate in large flocks along the Kittatinny Ridge and at other watchsites during September. Although they are the most numerous migrant seen in the east, comparatively little research has been conducted on habitat needs or migration and wintering ecology.